Colleges Have a Lot of Data to Protect 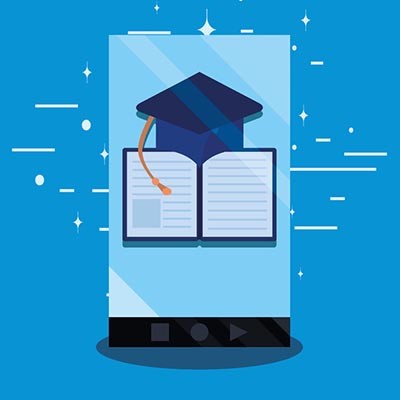 Colleges and universities are part-time homes to more than 16 million people, and employ over 1.5 million more. Most of them utilize the networks set up by the college’s bevy of IT administrators. If you consider that most people have difficulty keeping viruses and other malware off of their personal computers, opening up networks that facilitate this kind of user demand can be tricky. Today, we ask: can a campus’ network every truly be secure?

Birth of the Internet

The first Internet was born on college campuses. It was built by intellectuals, for academics, without the massive list of considerations that now accompany software development. It spread quickly, of course, and somewhere, pretty early on, it was decided that by being able to support commerce, the Internet could become one of the west’s greatest inventions.

This came to fruition in 1984 when the first catalogue was launched on the Internet. This was followed by the first e-store (at books.com) in 1992, and the first software to be sold online (Ipswitch IMail Server) in 1994. Amazon and eBay launched the following year and the Internet has never been the same.

By then, the academic uses for the Internet had multiplied, as well. By the time Amazon launched, many colleges and universities were offering students access to the Internet as an important part of their continuing education. Boy, was it ever.

Today, you’ll be hard pressed to find a classroom (outside of the poorest school districts in the country) where every classroom isn’t Internet-ready.

This stands true in university and college circles, as well. Campuses today are almost completely connected. You’ll be hard pressed to find a place on a modern campus that, as long as you have security credentials to do so, you can’t gain access to an Internet connection. In a lot of ways, it is the demand for access that makes network security a major pain point for the modern college. Firstly, having to protect computing networks from a continuously variable amount of mobile devices is difficult. Secondly, the same attacks that plague businesses, are also hindering IT administrator efforts at colleges.

Are There Cybersecurity Problems Specific to Colleges?

The short answer is no. That’s why it's so important to get people thinking about cybersecurity any way they can. No industry can afford to have the skills gap between people that hack and the people looking to stop them grow any wider. This is why, no matter what you do (or plan on doing) for a living it’s important to understand what your responsibilities are and how to get them into a place that can help your organization ward off these threats from outside (and sometimes inside) your network.

Many colleges have turned to companies like Cyber Degrees to help them not only educate the people utilizing the college’s networks to why cybersecurity awareness is important, but also help people understand that with the rise of cybercrime and hacking-induced malware, that cybersecurity has become a major growth industry with many facets. In 2015, the Bureau of Labor Statistics found there were more than 200,000 unfilled cybersecurity jobs in the U.S. With curriculums not prioritizing cybersecurity, and with threats growing rapidly, imagine how many are unfilled today. As demand rises for competent individuals to fill a multitude of jobs in the computer-security industry, colleges need to do a better job prioritizing cybersecurity training.

For the business looking into protecting itself, look no further than the cybersecurity professionals at Databit. Our knowledgeable technicians work with today’s business technology day-in and day-out and know all the industry’s best practices on how to keep you and your staff working productively, while limiting your exposure to risk. Call us today at 201-529-8050 to learn more.